This has been a welcome distraction as I have been trying to sort out a prescription error and it's doing my head in.
Anyway...

Thank you Jemma, cusp and MarmiteBoy for tagging me. Here goes with my incredibly random facts. First, the rules:

Let others know who tagged you
Players start with 8 random facts about themselves
Those who are tagged should post these rules and their 8 random facts
Players should tag 8 other people and tell them they've been tagged.

1. I wanted to be an air hostess when I was a child. It was because I flew Swiss Air to France on my own aged ten and was spoiled rotten by one. We did a jigsaw, made pictures and a potentially terrifying experience for one so young became really exciting. I only realised later on that it wasn't the job for me. I just liked being looked after. I can't remember if I got the same treatment on the return flight. I suppose the novelty had worn off by then and I considered myself a seasoned air traveller.

2. I have a tooth just under my cheekbone. It's only detectable by x-ray. 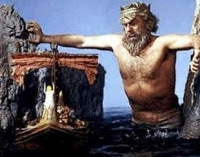 3. I briefly studied music at university but couldn't see myself doing it professionally. I just didn't have the discipline. So I went on to do English and Classics, choosing Classics because it was everything in translation that I'd studied for Latin 'A' level. Still not much discipline in evidence... I enjoyed the studying I did do, but I didn't retain much of what I crammed for my exams the night before. I remember the entire year group being told by a disillusioned Classics lecturer "Just go home and watch Jason and the Argonauts."

4. I have saved both my son and my ex from choking to death, my ex on the occasion of my meeting his parents for the first time. The Heimlich manoeuvre is not to be underestimated. As is not stuffing too much food into your mouth in one go.

5. I was once part of a band who supported a nascent Primal Scream in a dreadful pub in Newport. They wouldn't lend us their amp when ours blew up. Bobbie Gillespie was preening himself in the ladie's bogs (it had a mirror) and I threw him out. I can't remember much else from the pub, but our guitarist threw up out of the minibus window on the way home, splattering puke into the Welsh wind. Halfway up the motorway, I realised I'd left my violin in the pub. We had to go back. Everyone was really cross with me.

6. If I eat a bag of crisps, I have to fold the empty packet into a triangle. I have done this with every packet I have eaten since the age of about 20. I know someone now living in Australia who also does this.

7. My dearly departed Dad went to school with Bill Oddie (UK comedian turned nature presenter) who, legend has it, diverted all the traffic from a nearby major trunk road up the school drive and through the grounds using some police cones he just happened to find.

8. In the past week I have taken up a new hobby. But more of that another time.

I now get to tag eight bloggers in turn. I am mindful that I chose to spend a bit of time immersed in what Sage succinctly describes as 'self-absorbed crap'. The following are under no obligation to do so themselves:

Thanks for the tag!

I remember a story in my Look & Learn annual when I was little about a child who had to fly alone and was looked after by the air hostess. It sounded so glamorous.

When I've finished a bag of crisps I have to fold it into a long strip and tie it in a knot.

I always thought Bobby Gillespe was a knob. sounds like I was right!!

I've just discovered that I've been tagged!!! What fun...
thanks for such a wonderful nod,
Paula Apodaca
E. is for Epilepsy by Paula Apodaca
http://www.epilepsy-paula.blogspot.com