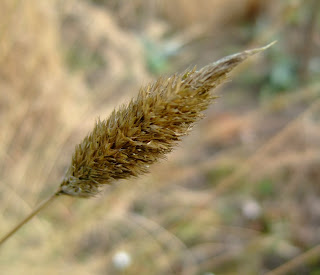 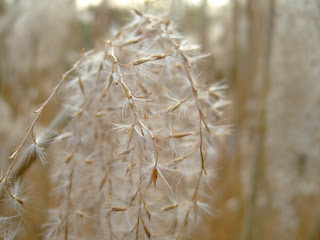 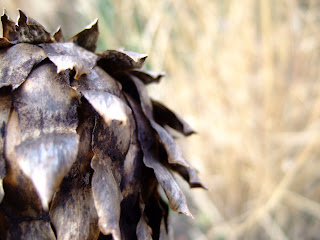 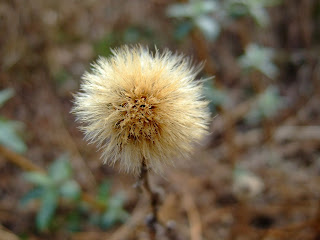 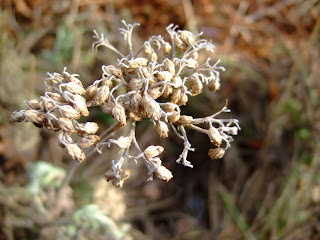 In winter the garden is alive with ghosts
Posted by seahorse at 00:23 3 comments:

Pick Up The Phone

Every year they do it. And every year it reinforces false messages.

There's a kid called Danny. He lives with his Mum and Dad. Mum has MS and is housebound, Dad suffers with depression and agoraphobia. They never go out. They need Danny to do most of the chores around the house. Danny works so hard that his schoolwork suffers. He has few friends. He is exhausted and lonely.

This is the typical scenario presented by Comic Relief in their Young Carer films. The children are always exhausted and lonely. The parents are always totally dependent on the children. A Young Carers' project always comes to the rescue. Thank God for Young Carers, because otherwise Danny would go mad or kill himself or something.

Cut to presenters. "It's not fair, a child doing all that for their parents and not having a childhood. So pick up the phone."

No, don't pick up the phone. Let's deal with some facts for a second. Look at reality.

Danny is indeed one of thousands of young carers across the UK. Many of them are not getting the help they need from social services to relieve them of the chores they carry out to look after their families. There is an expectation by social services that young children, children who may be no more than eight or nine, should carry out heavy bin bags every week, should cook, clean and wash clothes. If you are disabled and live with someone who is not, then nine times out of ten you will find it far harder to get help than if you live alone. This is because carers, young and old, save social services money.

Many children like Danny are indeed lonely, shunned by their classmates because their Mum's a freak or their Dad's a nutter. So no one at school asks them round for tea. The kids at school are only copying their parents, who don't socialise with weirdos. A whole new generation of disablist people, sadly in the majority, is created by this handed-down experience.

But surely these parents, surely they should be looking out for Danny, even if they can't face the crips themselves? Too busy, far too busy, out of sight out of mind.

Danny, and the thousands of kids like him, needs to be invited round for tea and asked to parties. Then, more than likely, he would be played with at playtime.

What Danny doesn't need, necessarily, is Comic Relief providing him with a Young Carers scheme. So much of his life has been formalised by illness in the family. It may be that the only people popping round to the house are doctors, CPNs, social workers. Does he need more of them? Does he need a label? Does he need to be herded off with all the other Young Carers? Away from classmates, away from parties at weekends, away from play. Does he want to talk about his feelings? Does he want to mix with other ostracized, exhausted, fucked up kids who are angry? What happens when that anger spills over?

My local social services expected my son to put out bin bags and clean and do washing when we left his Dad. My son was nine. I got a solicitor who challenged social services. We now have four hours help a week. It stops my son having to do heavy chores and personal care. All the laundry, housework, bed changing, bin emptying and shopping is done by paid adults. As it should be.

My son has experienced a level of social exclusion that I can only keep in check by having his friends round to tea. His friends from school. The ones who rarely invite him back. It's not the kids' fault. And I'm not so petty or needy that I let the lack of reciprocation stop me. What pleases me is that my son and I get to show these kids that you can live with a disability and have a laugh. Make homemade pasta, post YouTube animations, read Simpsons comics, watch films.

And no, Young Carers wasn't all it was cracked up to be. My son, was wise enough to know that being given a label at eight and encouraged to mix with other kids with that label wasn't quite right. What he wanted was to see his friends from school. It's true that for a while that didn't happen a lot. But that wasn't all my fault.

My son was, in the end, relieved of the pressures that can lead society to view parents with disabilities as a burden. A long-fought battle led to us getting the adult, paid-for help that we needed. With that help both of us have more energy to socialise.

It's as simple as that. Why make it more complicated?

And, by the way, if you're going to pick up the phone then call the kid down the road. Ask them round for tea. A plate of fish fingers and a play with your kids will go a lot further than a fiver for Comic Relief.
Posted by seahorse at 21:33 6 comments:

I have been neglecting this space at a cost recently. Trying to accomodate my brain going from first to fifth gear has resulted in chaos. Some of it good, some of it not so good.

I'm now in hyperdrive and desperate to get off. Pitching from days of no sleep to sleepathons where I only seem to get up for breakfast with my son before returning to bed until he gets home from school.

The best thing to report is we have a fully functioning greenhouse. And I have sourced some local manure. The worst thing? Finding out that I accidentally started a course in Applied Linguistics. I thought it was lighter than it is. Aaaagh.

What is the etymology of haywire I wonder?
Posted by seahorse at 00:57 4 comments: